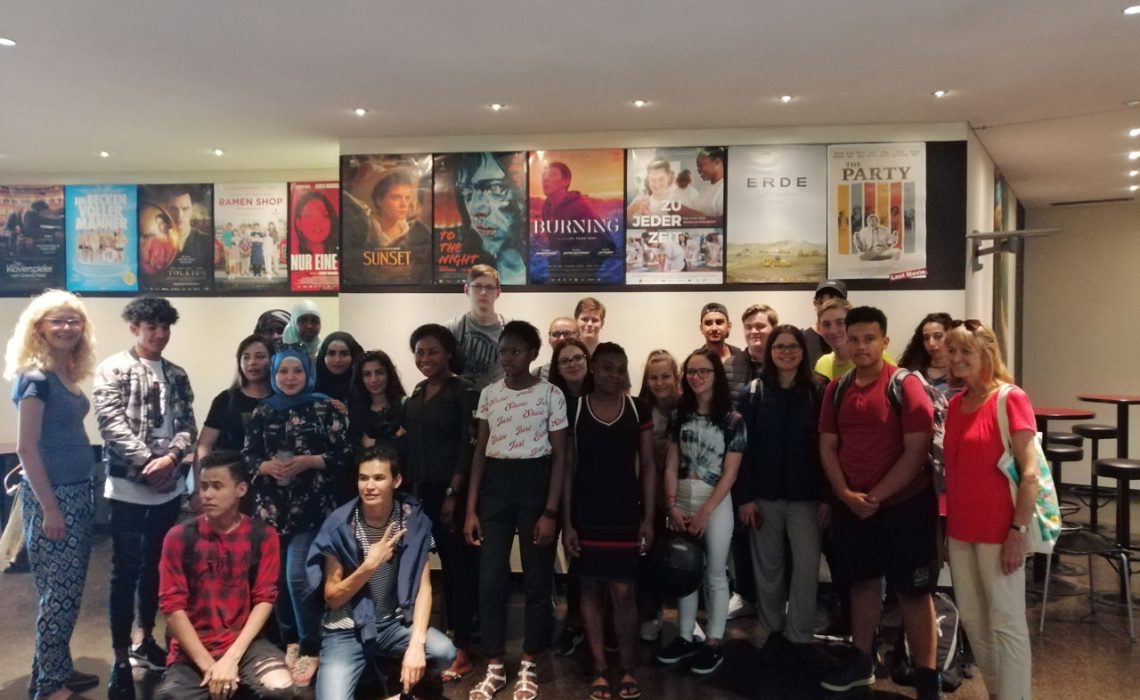 Movie session at the Leokino

On June 19, the ÜS and the 1AS went to the cinema – courtesy of the Leokino. They watched ‘Mid 90s‘, a touching drama about young adults in L.A. whose lives revolve around skateboarding. Guess what, it takes place in the mid nineties!

The film portrays the story of 13 year-old Stevie who has to cope with his insecurity, his self-absorbed single mother and aggressive older brother. When he joins a mostly older group of skaters, he feels a sense of belonging, but also starts to rebel against his family and social conventions. During this time, he has his first experience with parties and girls. The most important lesson life teaches him, though, is about dedication, loyalty and friendship: it‘s at the end of the film, when Stevie almost dies in a car accident, that the boys dare to let down their wall of coolness and show their true selves: caring, thoughtful and incredibly (street-)wise!

This film is well worth seeing, also thanks to the great soundtrack (Wu-Tang Clan, Cypress Hill, Pixies, Nirvana, etc.).